On the occasion of this year’s EURO 2016 is worth mentioning the final arena of the tournament. Stade de France constructed in 1995-1997 despite the passage of years, is still one of the most impressive football arenas in Europe. A huge building with a capacity of over 80 thousand. cost of 285 million euros, of which more than 45 million consumed characteristic impressive stadium roof. The massive steel structure from the beginning was to resemble aureole floating freely and give massive, concrete finesse to the stadium. The roof of the Stade de France hovers slightly over 45 meters outside the base structure, supporting about 18 narrow pylons. Despite the illusion of levitation roof, remember that it weighs up to 13 thousand. tons and occupies an area of 6 ha! 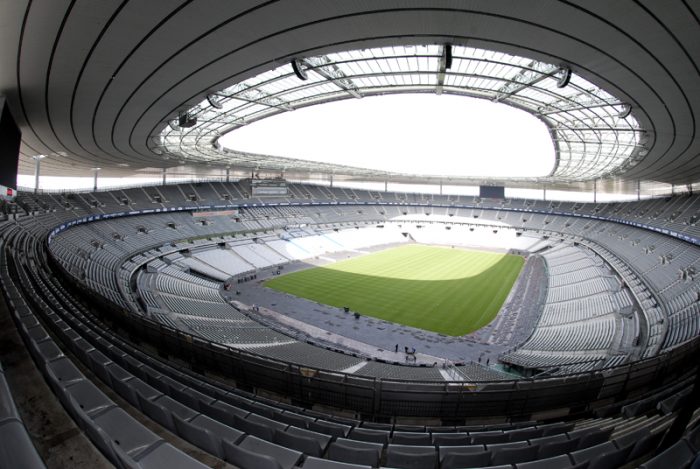